Posted by Cocktail Chronicles on April 25, 2017 in Hard News, Uncategorized | Leave a comment

Armand de Brignac, the champagne brand owned by the Grammy winner, unveiled a new bottle this week, Blanc de Noirs Assemblage Two, Bloomberg reports. It’s also known more simply as A2. The champagne will hit the market with a price tag of $850, meaning Americans would have to work 33 hours to buy one bottle. That’s based on the average hourly wage for Americans on private nonfarm payrolls, which was $26.09 an hour as of February, according to the Bureau of Labor Statistics.

Customers with the cash to spare will have to move quickly: A2 is on sale starting April 18 but only 2,333 bottles will be sold.

The company’s CEO told Bloomberg that while Jay Z didn’t have much direct influence on the brand, “he always has a few bottles on hand for a celebration” 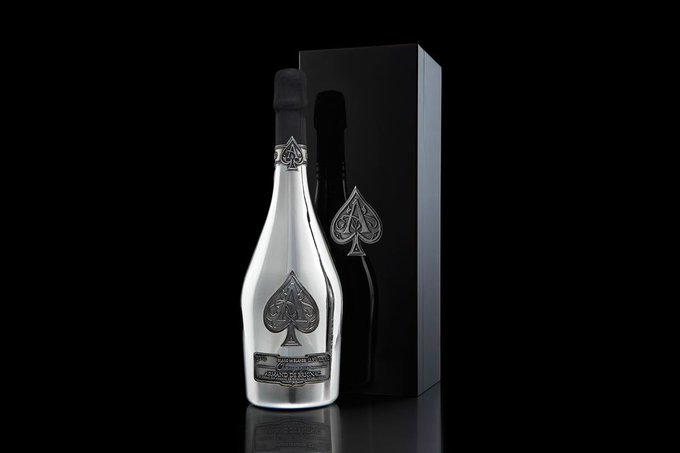 Meet Jay-Z’s new $850 Champagne, A2, for when Dom Perignon is just not nearly enough. ohttps://bloom.bg/2oucKDz

In today's society people invest a lot into their leisure time. Often times they are seeking cozy intimate environments to meet friends, other singles, co-workers or business clients while escaping their everyday environments loosening up and relaxing. Often, the first question you’re asked at an establishment is “what can I start you off with to drink.” Cocktail Chronicles will provide you with the knowledge to confidently order your drink, the language which to engage in dialogue with your peers who are wine/beer/spirits connoisseurs, and perhaps the initiative to try a cocktail out of the ordinary for your palate. . Je’ Wesley Day has over 15 years of experience working in the bar and restaurant industry. He has worked in restaurants since the early age of 13 years old in Chicago, and in the nightclubs of New York City before opening his own restaurant/bar in Atlanta, Georgia in 2013. Je’ also has a passion for journalism and marketing and received a Bachelor’s Degree in Communications from Northern Illinois University. Subsequently, he worked as a television host for WYCC Public Broadcast Station in Chicago. Then he received his MBA in Marketing from Keller Graduate School of Management, which brought opportunities to work for corporate giants such as L’Oreal, USA and Coca-Cola in marketing/sales management roles. Je’ Wesley is currently a Doctor of Education Student at Argosy University that permits him to work as an Adjunct Professor instructing students in Marketing, Leadership, and Entrepreneurship courses at the University of the People starting the Fall of 2015. Je’ Wesley’s goal is to combine his passions for the spirits and journalism industries and couple it with his thirst for continuous education by providing consumers with the online digital media website of “Cocktail Chronicles”. Cocktail Chronicles mission is to inform and educate consumers on wine, beers, spirits and non-alcoholic beverages. The goal is to provide knowledge that assist consumers in being confident, smart, aware, and responsible in their cocktail and beverage selections. Je’ Wesley is no stranger to leadership as he has presided over local organizations such as Alpha Phi Alpha Fraternity Incorporated (both undergraduate and graduate levels), the NAACP, Young Democrats of Illinois, former Treasurer of the National Association of Black Journalists (NABJ) Digital Journalists Taskforce and the former Community Relations Chairman for the Atlanta Association of Black Journalists (AABJ). He is presently a member of NABJ, AABJ, United States Bartenders Guild, the Georgia Restaurant Association, National Black MBA Association and Atlanta’s Buckhead Toastmasters Club. To enhance his academic and leadership credentials Je’ Wesley has earned the following certifications: • Wine Certification • Mixology Certification • Georgia’s SafeServ Certification Turn to the expert, Je’ Wesley and Cocktail Chronicles, for your knowledge of cocktails. Then, read reviews on handcrafted drinks, learn the best places to go for great drinks under $21 in your major cities, retrieve crafty drink recipes to try at home and much more at www.cocktailchron.com .